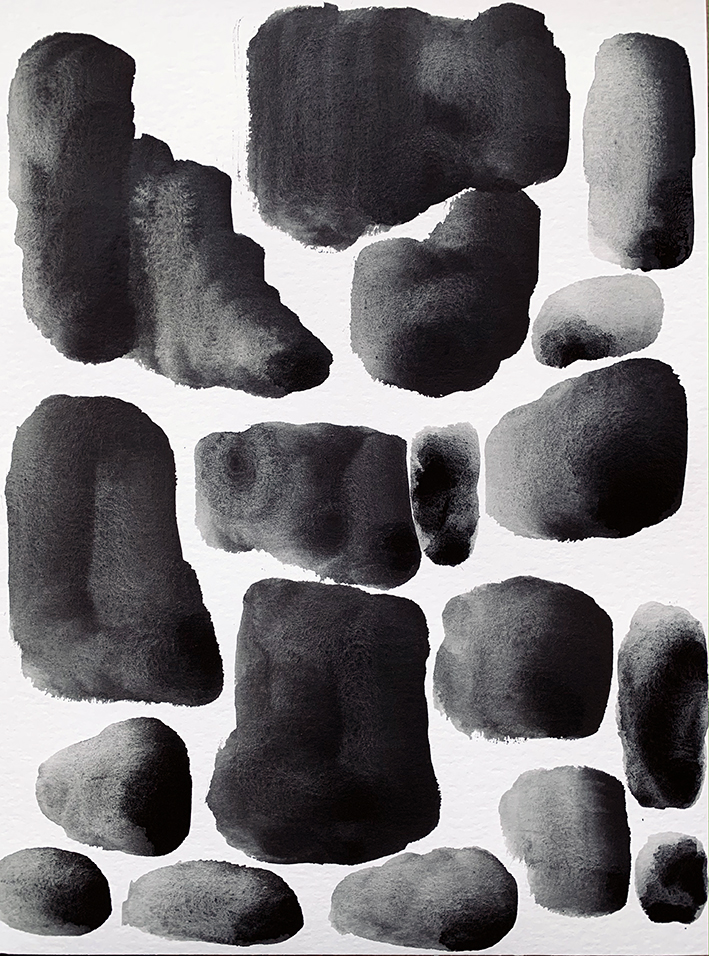 An experiment after returning from my office on the rocks. So often I marvel at the similar forms of rocks and clouds. Both mark the passage of time at phenomenally different rates. Such an indicator that time is relative. Pretty happy with this experiment. I'd also been recalling the Pierre Soulages show I saw in New York in 2019. It was so moving and so powerful I burst into tears and had to leave the gallery until I'd recovered myself. Fortunately I was there on my own. Why does this happen? I've had visceral responses to artworks before (Pipilotti Rist's 'Ever is Over All' at MoMa for example) but never was I brought to tears. Anyhow, Soulages uses a lot of heavy black, so thinking of clouds and rocks and time, I made this. I'm looking forward to making more